Peshawar Zalmi wins the fourth match of the Pakistan Super League (PSL 2020) against Quetta Gladiators by 6 wickets with 9 balls remaining at the Karachi National Stadium on Saturday marking their first win of this tournament.
Quetta Gladiators Peshawar Zalmi Match 4 PSL 2020 Kamran Akmal
Zalmi wins the fourth PSL 2020 match against Gladiators by 6 wickets at Karachi National Stadium on Saturday.
Peshawar Zalmi had lost yesterday’s match against the Karachi Kings at the same venue but came back strong today with an exceptional performance against the Gladiators making a total of 153/4.
Peshawar Zalmi had won he toss earlier and elected to field first that seems to have been the right decision and shows they had it all planned out.
Nonetheless, it was a great first innings with Quetta Gladiators scoring an amazing 148/5 with JJ Roy making 73 runs from just 57 balls showing an outstanding performance.
Sarfaraz Ahmed contributed a total of 41 runs from just 25 balls and unfortunately was just shy of 9 runs and couldn’t complete his half century.
Zalmi played the second innings with Kamran Akmal performing beyond expectations making 101 runs from just 55 balls and completing this T20 century and giving an edge to the team in the match.
Haider Ali scored the second highest of 25 runs although nothing compared to Kamran’s performance in this match.

Kamran Akmal won Man of the match after his exceptional performance in the match making 101 runs from just 55 balls. 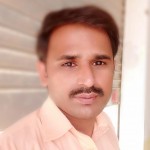